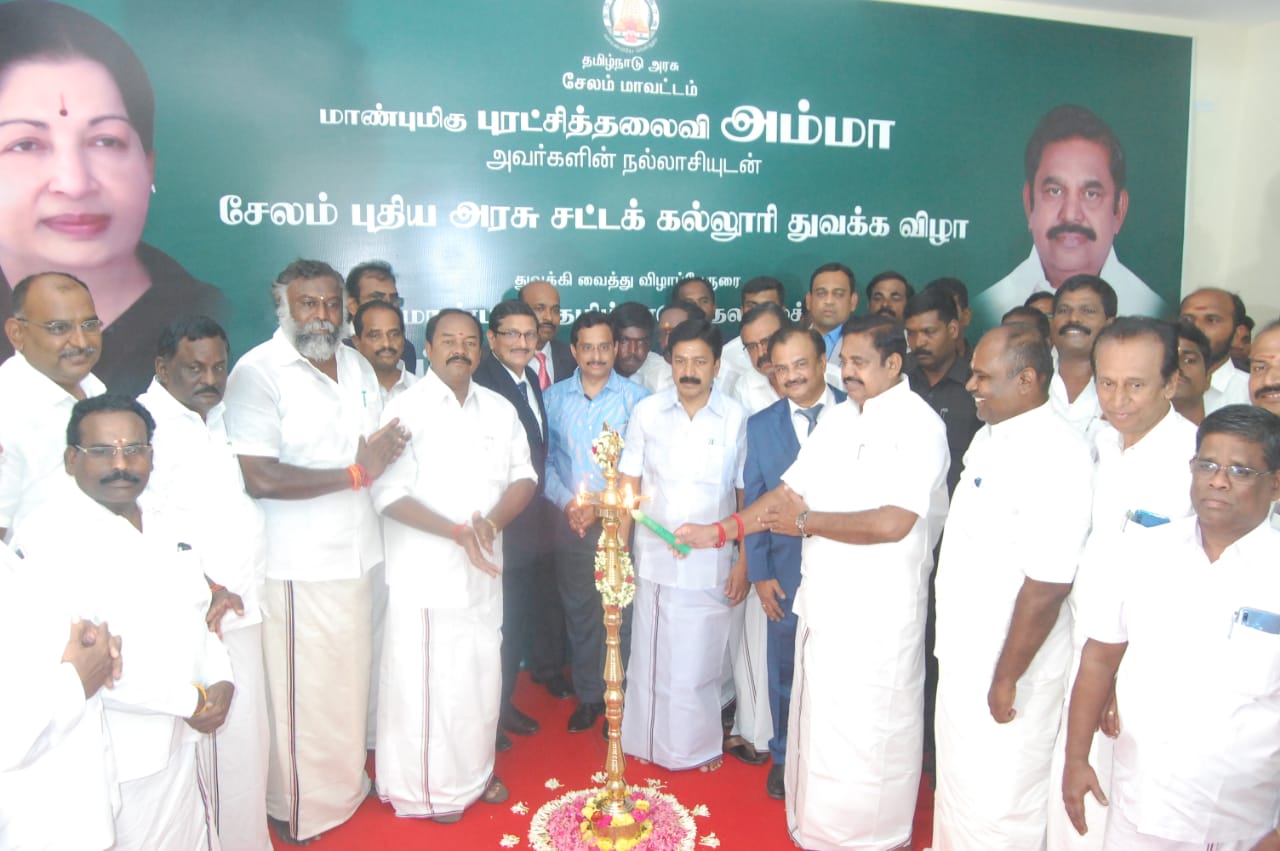 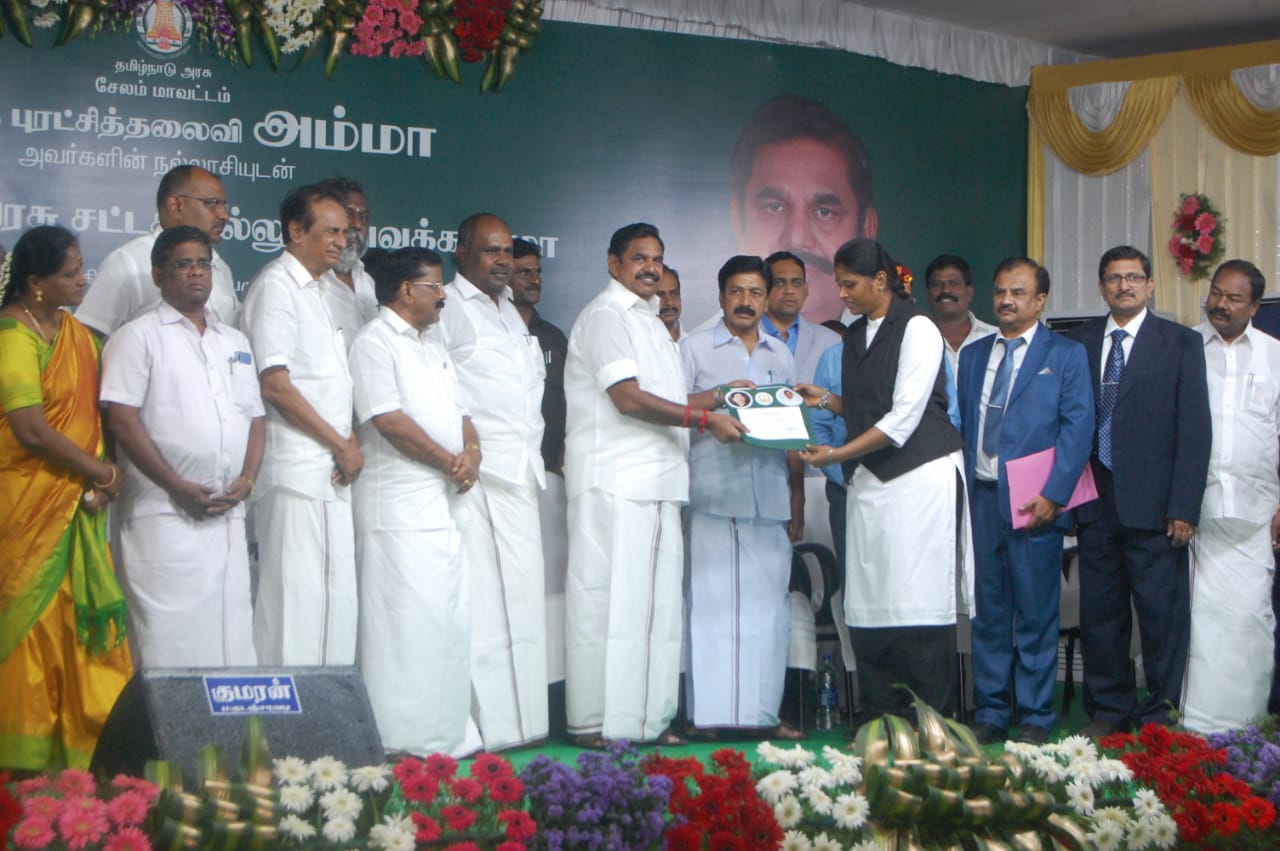 Chief Minister Edappadi K. Palaniswami handing over the admission card to a candidate for the newly-inaugurated Government Law College in Salem

The Director briefs the Hon'ble Minister of Law C.Ve.Shanmugam regarding the LL.M Counselling 2016.

Lighting of Kuthuvillaku By DLS.

It has a vision of establishing new Law Colleges in different parts of the State of Tamil Nadu so as to cater to the needs of the Bar, Bench and the society.

As an administrative body, its main aim is to equip the Legal institutions as per the requirements of Bar council of India. To that extent, all the Law Colleges in the state have obtained 12B Recognition from the University Grants Commission. Though all the Law Colleges are functioning in its own buildings Government Law College, Vellore is going to get a new covetous building shortly. All the colleges are equipped with basic infrastructures and tremendous improvement is going on in equipping the staff strength. Our libraries are equipped with large number of books and journals besides e-zone. E-Zone gives free access to get prominent Indian and International data bases thereby any material on law can be accessible through its Wi-Fi facility.

All the Law Colleges now strictly adhere to the norms of Clinical Legal Education wherein the students are attached to the court in a systematic manner with a special dress code which enhances their confidence level of discharging any work in the field of Law. They are undergoing training in the advocate Chamber for a period one month and to observe the advocate client dealing in a systematic manner besides their way of preparedness to present their case before the court of law. The final year students are being molded to act like an advocate during the course of their studies by participating in the Trial Court Moot Court. For this purpose all the Colleges have new typical Court Halls being declared as Moot Court Halls to encourage Mooting skills of a Students which in turn helps every student to mould himself as a good advocate. In addition to that as a part of their clinical Legal education the students are attending the alternative dispute resolution forums in an effective manner with the good object of tuning them to settle the disputes out of court legally and to minimize the docket explosion in the court of law.

Law students are always socially vigilant and they always strive for the betterment of the society. As part of it they often involves in strikes which may end in violence also but oflate they have realized their responsibility towards their home, to the society and to themselves and now they repose faith on peace and settle their issues through negotiations. So, at large, strikes are reduced and they started focusing on studies and the Department is also concentrating on the improvement of quality of Legal education in a large extent.

In order to encourage students to develop social awareness, and to deviate them from their monotonous studies, nowadays Law College campuses have started celebrating many kinds of functions like Pongal & other cultural functions, such as Women day etc., within the campus itself, besides other social awareness functions in the form of conferences, symposiums, workshops and rallies etc., which gives pleasant surprise to the society to know that Law College students are involved in such activities which becomes unbelievable to them.

Altogether, the scenario prevailing inside the Government Law College campus is entirely different from the olden days and we are in the mission of making good law students to suit any event of legal importance with assistance of dedicated teaching faculty members.

The Department take this opportunity to thank the Government, our respected Law Secretary, the Principals, and the teaching and non teaching faculty members for giving the fullest co-operation to achieve our vision of maintaining peace and tranquility and to provide quality Legal Education to the students and to make them to be the best citizens of India.